As the mobile phone of the past had evolved into the smartphone we know today, the smart era that had begun is teeming to evolve once again. This time it is in the form of wearables as in Augmented Reality Glasses otherwise known as, AR Glasses.
A smartphone is classified as a mobile device because it can be carried around and carried in a bag or pocket. However, AR Glasses are classified as wearable devices because it is a device worn on the face.
AR Glasses have transparent glass on the front just like any ordinary glasses and the information to be displayed is also imaged on this glass. This gives the user the advantage to see information immediately while walking. In addition, various information can be displayed on top of visible objects through the transparent glass, making it a new experience different from previous information devices.
As micro-displays, which make up AR Glasses, there are LCoS (liquid crystal on silicon), OLEDoS (OLED on silicon), micro-LED, MEMS, etc., in which liquid crystal or OLED is placed on a silicon substrate.
In addition to AR Glasses, VR devices are establishing themselves as essential devices in the Metaverse Era. VR devices will provide a more immersive experience for games and movies than any other preceding devices. For VR displays, micro-displays are mainly used.
Accordingly, the world’s best IT companies such as Apple, Meta, Google, and Sony are spurring on the development and commercialization of AR Glasses and VR devices.
AR Glasses and micro-displays for VR devices will establish themselves as game-changers. These devices are set to replace smartphones and game consoles, and other information devices within the coming years.
In this micro-display report, the product trends of AR Glasses, VR device developers, and the current development status of micro-display (a key component of AR and VR) were thoroughly investigated to analyze technological progress and problems in detail. 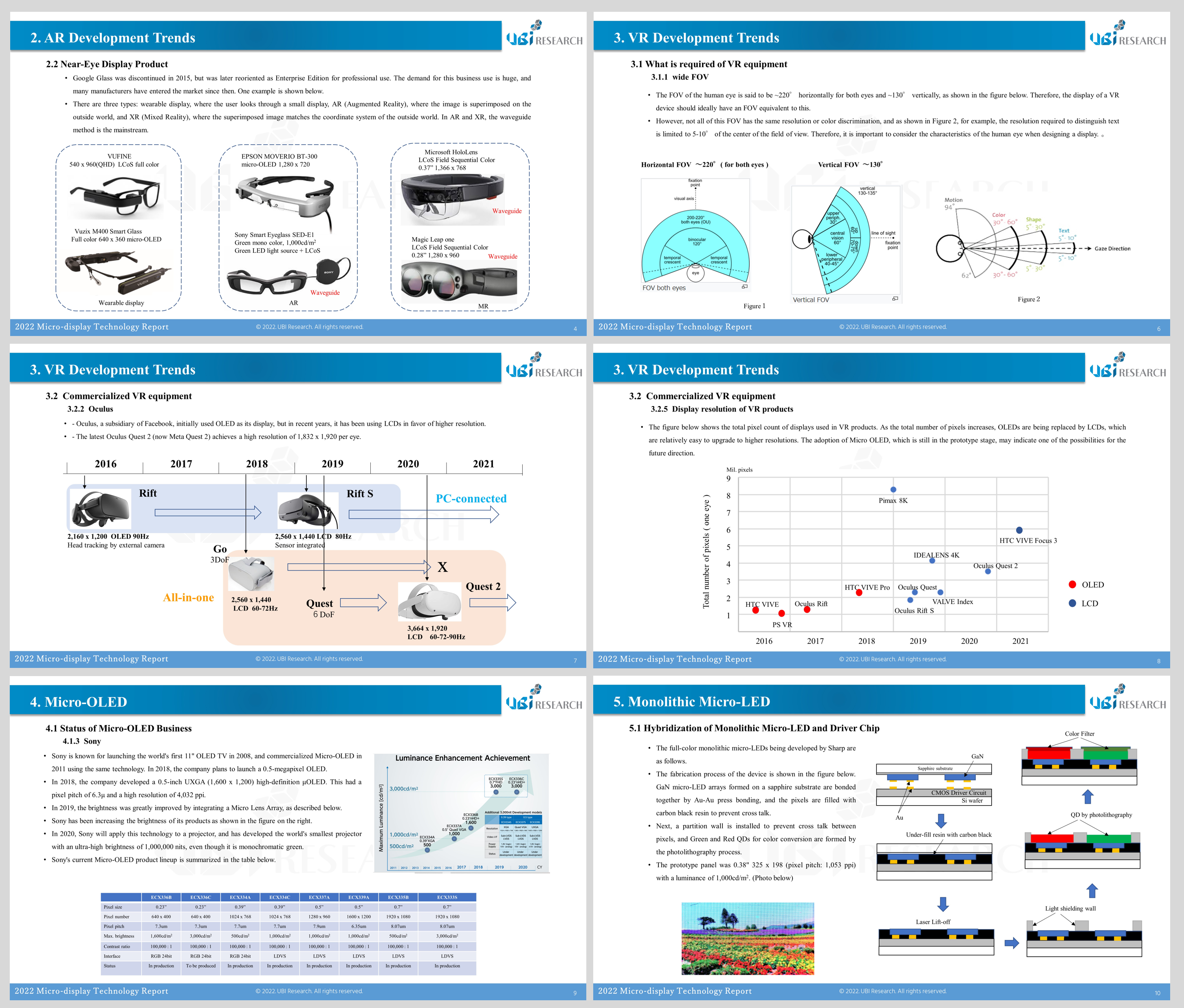